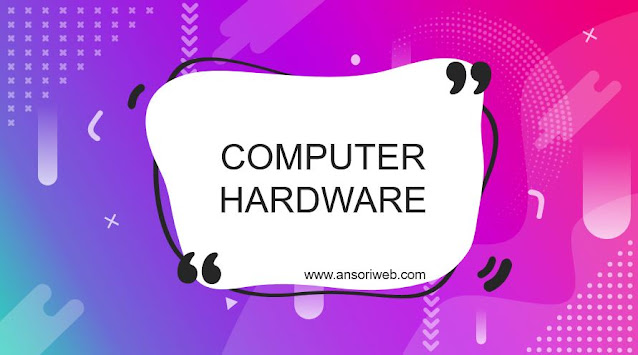 The various hardware components of computers are Central Processing Unit (CPU), keyboard, monitors, and drives. There are also other devices which can be used with the computers like mouse, scanners, printers etc. to improve the efficiency of the computer.

It is one of the input devices. It is used to provide inputs to the computer to do a function or work. The keyboard that is most common is the QWERTY keyboard. Apart from the alphabet keys and number keys there are some special keys called function keys which perform some special tasks. Keyboards have seen a vast development over the years so that wireless keyboards have been in the sale these days.

Monitors shows the information in a screen when you are typing. This is one of the output devices. There are various types of monitors manufactured by various companies like Samsung, LG, HP, etc. Also, monitors come in different resolution. The resolution of the monitor determines the sharpness of the picture on the screen. The desktop computer uses Cathode Ray Tube (CRT) monitor or a Liquid Crystal Display (LCD) monitor. The graphics and animation of today’s software could be totally benefitted only with high quality monitors.

The other devices such as mouse, scanners, printers etc. are called peripheral devices. They are not mandatory but they reduce the work or make the work easy.