Wireless Printers, How Are They Beneficial ? 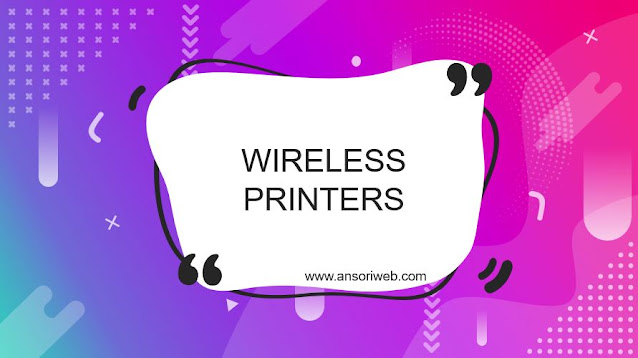 Wireless Printers, How Are They Beneficial ? - More and more accessories of computers are becoming wireless and mobile. Keyboards, mouse, printers etc. are some of the hardware components which have wireless facility.

Though all of them have WI-FI connectivity, wireless printers have more reasons to be commemorated. The autonomy of printing documents from a portable laptop, digital cameras and other computing devices could be enjoyed by having a wireless printer.

The wireless printers use Wireless Network Interface Card instead of USB cable. This makes the printer mobile and changeable. Just a cable connecting the printer to the electricity supply is enough and there is no need for cables running between each and every computer.

The clump and the mess created by wireless cables are avoided in offices by using WI-FI printers. Also, every employee can access the printer connected in the central WI-FI hub.

Read Too: Wireless Printers, How Are They Beneficial ?

As all the offices use internet connection, the mess created by the internet cables is in itself a disaster and if the wired printers are used in such conditions, then your workspace will look dirty and untidy.

So, more of computers are covered with single wireless printers which reduce the need for additional printers and save energy.

Being wireless does not restrict these printers in quality. You can get the same quality of print as you will get in a wired printer.

Mostly, all models of printers such as all-in-one printers, laser printers, photocopiers are available wirelessly. These printers could even be in different floors of building but should be in the coverage area of connection.

In a medium sized organization, one wireless printer will do better than having two or three wired computers. This hugely saves money for the organization.

Read Too: Select the right Keyboard For Your Computer

Having a wireless printer in home where there is not much mobility needed may not prove beneficial. But they are a boon for offices and businesses. All over the world, the wireless printers are used for the productivity they give in the work place.

0 Response to "Wireless Printers, How Are They Beneficial ?"