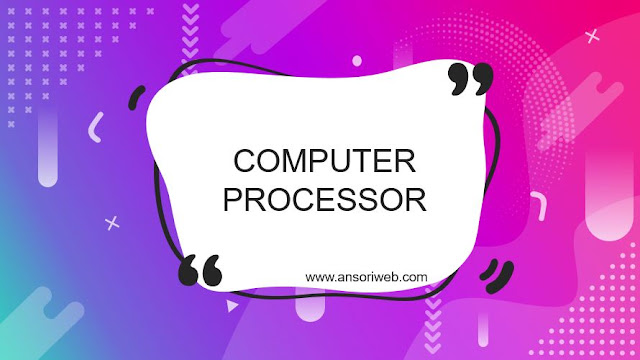 Computer Processor - The very important hardware component of a computer is its processor. As the name indicates, the processor processes the data, information, contents and every input given to it. The processor unit is most commonly called as the Central Processing Unit (CPU) though there are various components packed with the processor in the CPU.

Processor controls almost all other devices in a computer like the keyboard, mouse, etc. Processor is nothing but a complicated, minute electronic circuit. The processor performs tasks in four basic phases and they are explained in detail.

Fetching is the first phase with which the processor starts working. From memory, the processor fetches bytes to execute. The instructions in the memory are called ‘word’. More number of words increases the load of processor and power consumption. After obtaining the bytes or words, the processor will become ready to decode.

Read Too: Hardware Configuration For Different Types Of Computers

This is the complex and time consuming phase. The bytes fetched are decoded by the decoder. Each of these bytes is mapped to the function provided by the programmer. So the bytes or words when received, the processor knows what to do with them. After the decoding part is over, the processor has to execute the instruction.

Now the processor knows the meaning of each and every bits or bytes since they were decoded. The execution is the phase where the processor makes the necessary operation. This operation can be anything from simple addition/subtraction to complex logical operations.

Read Too: Resetting the BIOS System

Advancement in technology has given a new technique by which parallel implementation of these four phases is possible. So, in this method it is not necessary that the four phases should be executed in series.

The main advantage of this method is that the speed of processing increases and time consumed becomes less. There is also a drawback in this method – The power consumption of the processor increases because of the increased complexity in this method of parallel processing.